It’s 22 Years for Judwaa this year, which released on 7Th February 1997. The movie has epic comedy timing and Salman’s remarkable double role as Raja and Prem. The Movie was one of the highest grossers in that particular year. You could never go wrong with a David Dhawan comic project starring Salman Khan. Iconic stars like Kader Khan, Shakti Kapoor, Karisma Kapoor, Rambha, Satish Shah, Anupam Kher, Reema Lagoo and Tiku Talsaniya to name a few , were the highlights of the film and their humour timing was on point as we say it in millennial terms.

Some Facts and Unforgettable Scenes are here to go back the memory lane and Celebrate 22 glorious years of an unforgettable movie.

When Prem gets drunk on milk because Raja is consuming alcohol, just tickles your funny bones. As a matter of fact, the number of times Raja and Prem feel reflexes are 12 times in the entire movie. Just imagine! 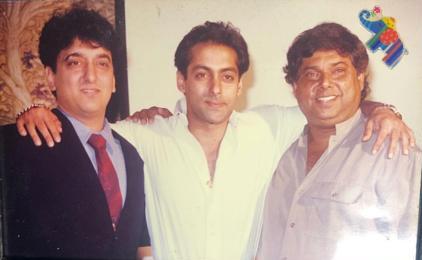 And we bet you didn’t know this one!

These are 11 moments which will double up for you all because it’s 22 years of Judwaa!

Nostalgia is the word! Judwaa can never get old and we can just thank the makers for giving us Judwaa!